Family and friends insist that my so-called development was arrested at age three. I take that as a compliment. Who wants to be an adult! Adults have to grow up, be proper, behave, act their age. I admit, sometimes it’s hard not to be an adult, especially these days, waking each morning into the pandemic world of Coronavirus COVID-19. Nothing funny going on. I prefer the world of Sibley Rose (6), Margaret Katrina (4), Hazel Elizabeth (10 months).

You are probably too young to recall Three Dog Night’s 1970 recording of the song Joy To The World / Jeremiah Was A Bullfrog, and if you do remember the song, I’m certain you are too adult to sing the chorus out loud, in public:

“Singin’ joy to the world,
All the boys and girls now
Joy to the fishes in the deep blue sea
Joy to you and me”*

That’s what I’ve been praying for these days, the song I hear in the heroic, self-sacrificing work of so many people world wide joining in to subdue the beast Coronavirus COVID-19. So, I’m offering to you Sibley Rose’s, Margaret Katrina’s, and Hazel Elizabeth’s The Song of Sisters, along with Gigi Katrina’s accompaniment. I hope you can enjoy their song. It’s okay to be a child for awhile. Sometimes laughing in the face of the beast is the best defense.

The Song of Sisters

Once there was a baby who when she was born
winked at her mother, and in the wink was a smile
her big sister saw, and smiled back–a Secret
between sisters. And her sister who was two years old
waited to tell the Secret they held between them
like the crescent moon, like the smiley voices
their daddy spoke for the bunny and the bear
when they talked funny, and baby Margaret Katrina
and two-years-old Sibley Rose laughed out loud,
though only Sibley knew Margaret was laughing. 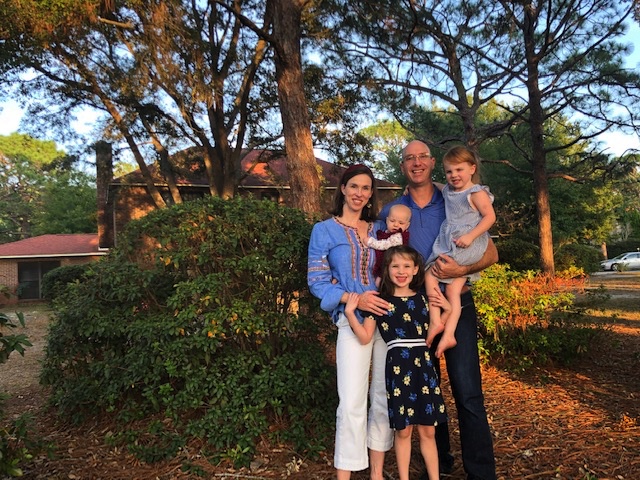 They kept the Secret until one night after their baths
and Sibley had put on her Elsa magic sleeping gown,
and Margaret readied herself on her tummy
and raised her head and stretched her toes
and positioned her hands, a sprinter in the blocks,
waiting for Sibley to lean down and surprise everyone
with the Secret only she and her sister knew.

Then Sibley announced, “Ladies and gentlemen,
the one, the only, winking, smiling Margaret
will now perform for you.” And Sibley paused
and in the language of sisters whispered, “Now.”
And Margaret Katrina rippled like a seal, and
when Sibley counted, One! Two! THREE!
rolled all the way over and threw her arms wide–
Ta Da!–and winked the biggest smile ever.
And everyone jumped to their feet and shouted, “Hooray!”

And Margaret Katrina and Sibley Rose
started a new secret.

Sibley Rose and Margaret Katrina, six and three,
know not all witches have gnarly noses
and fingers crooked as mesquite branches,
thorns for fingernails, a voice like a carrion bird,
vole bone caught in its craw. Some, the special ones,
the little-known communion of God’s laughing angels,
are guardians come to earth for frisky sisters
who conjure up their red-haired angel–
the color you see when you scrunch your eyes
real tight so not to vision what might be
grumbling and bumbling behind the closet door,
all lights off, and sneaking open one eye crack,
the red of your angel witch’s hair blazes
a path in the dark, deep red night-light spell
against all mumblies sealed safe in closets.

And best of all, no grown-up knows Gigi Katrina
is the most fun of all God’s secret angels,
who sleeps on the pallet in your room when she comes
to visit and sings you safe in bed, weaving the spell
of your names only she knows, and now you:
Sibley Rose and Margaret Katrina, one part saint,
one part magic mischief laughter–Sibley hiding Sibyl,
secret name of knowing all good things to protect
her younger sister, whispering a conundrum
of laughter–wise Sibley Rose. 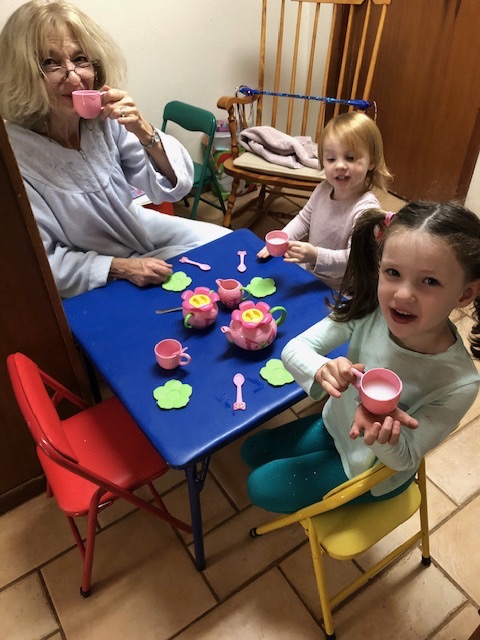 And Margaret Katrina, well . . .
a redhead like her guardian angel,
laughter squeezing from the corners of their mouth,
Gigi Katrina telling her girls the magic word
you can’t say without smiling,
unless you are a grown-up:
poo poo, the word Sibley Rose warned
Margaret Katrina about, but too late,
her smile breaking into laughter like Gigi Katrina
(red hair disguised blonde to fool everyone
but sisters) standing behind the parents

And the sisters and their angel witch
fly upstairs and lock their bedroom door,
laughter ringing the corridors of the heavenly hosts.

And now there are three
when Margaret Katrina was comfortable
with two, and why didn’t they tell her
about babies, this baby, all washed and swabbed

Who knew babies were so bossy!
Poor Margaret Katrina, now the middle sister,
not the new present, play-toy, play-pretty–
and Baby Makes Three! So big sister Sibley asks,
“Margaret Katrina, what shall we name her?”

“Baby Dolphin, doo doo,
doo doo, doo Doo,”
hopping and bopping
and twirling and cartwheeling
around and over this
new sea sister belly swimming
the carpet, her mouth wide
in a laugh no one hears
but puppy Apple Jack

and laugh and wobble, plop
on baby butt, her sisters
clapping laughter, the toot
Miss Hazel popped out,
and Margaret rolls and hoots
“poop, poop, poop, poop,”
and big sis Sibley pretends not to laugh,
and Hazel grins, no longer at sea,
but rising again, jittery balanced,
one flipper foot poised to toddle,
eyes wide, Wheee, Look At Me! 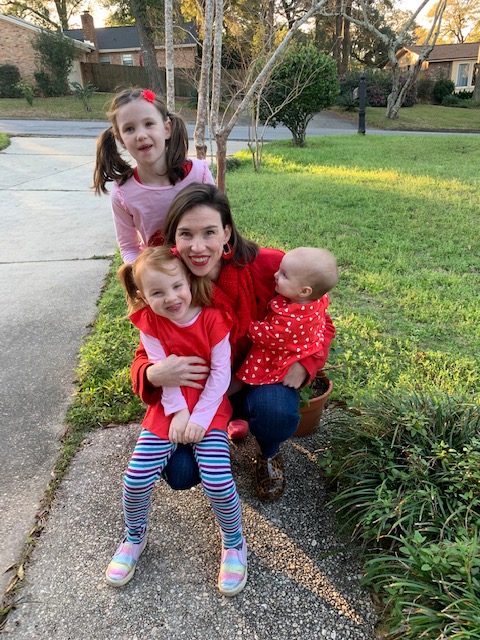 May God bless and keep you and your family safe during this time as during all times.

“Joy to the world, all the boys and girls
Joy to all the fishes in the deep blue sea
Joy to you and me”

* “Joy to the World” was written by Hoyt Axton and made famous by the band Three Dog Night, recorded in 1970 at American Recording Co. and released February 1971.